Veganism in 2020 and what wholesale food distributors can do about it?

Veganism is one of the most powerful movements that have been born from this wave of consciousness and it is bound to have a severe impact on the commercial activity in the decade ahead.

2019 was considered the ‘year of vegan’ where studies show that there has been a 550% increase in the growth over the past 5 years. The reason for this is the coverage that this topic is getting from international media. More and more animal rights activists and climate change activist are coming together to spread awareness about the urgency of reform. 2019 was the year that veganism grew out of being a minority among the vegetarian population. Around 14% of the population of the UK consider themselves vegan which unlike being a vegetarian isn’t just about converting to a plant-based diet but also adopting a lifestyle that is aligned with similar values.

The term ‘Vegan’ refers to not using or eating animals. A vegan product, practice or lifestyle suggests that no animals were harmed by it in the production, marketing or everyday use. It is different from and often confused with the term vegetarian. Which is different because it means not ‘eating’ meat, poultry, fish and as such. Vegan products include plant-based steaks, burger patties and more. Cheese and mayo are not recreated with hummus and dairy milk has countless alternatives such as coconut milk, soy milk and plant-based whiteners. The possibilities are endless, and science has especially made animal agriculture redundant and a thing of the past.

Veganism is in full swing as of 2020. To establish the tone of responsible consumerism the Golden Globes held at Los Angeles on 5th of January announced that they would be serving an all-vegan menu at the glitzy award show. This was done as a show of solidarity to the victims of Australian bushfires. It is indeed the smallest efforts that will help protect us from the adverse effects of climate change.

In serving an all-vegan meal a message was sent to the world to draw attention to animal cruelty and the link between animal agriculture and environmental degradation.

Joaquin Phoenix, the star of the eponymous ‘The Joker’ pushed veganism for its merit in his acceptance speech by adding that “Now, consuming animal products is no longer a personal choice. It’s having drastic consequences around the world.”

Another contender is the Middle Eastern travel company Emirates Airline that announced that their in-flight meals will consist of vegan options such as Tofu Jalfrezi, and Shiitake stuffed ravioli. This was done in order to partake the Veganuary tradition.

Veganuary was established in 2014 as a non-profit organization that brings together people and organization to combat the carbon footprint of the food industry. Since then they have gathered half a million people from 178 countries as well as 500 organizations in 2019 alone to help spread their message.

They have contributed largely to the vegan cause by creating a vegan challenge. As the name suggests, January is the month of vegan eating. Taking a month-long challenge to incorporate a vegan diet and adopt a vegan lifestyle can help build a sustainable habit. According to the survey taken by Veganuary, about 46% of the people who participate in this challenge do it for its immense health benefits, whereas 34% of the people who take part in this challenge do it because they want to discourage practices that harm animals.

Veganism has impacted many industries and will continue to do so. In the fashion industry, there is a lockdown on clothing that has a toxic trail and the use of fur or leather is putting name brands in the spotlight for their unethical business practices. The brands that are embracing vegan standards such as Reformation and Stella McCartney are leading the way for their peers to adopt. The beauty industry is becoming increasingly conscious as well with brands such as Charlotte Tilbury, Milk Makeup and Jeffree Star cosmetics making it difficult for unethical beauty brands to stand out in the industry.

The most prominent impact is on the food industry where the transition hits first. Subway has most recently launched plant-based meatball sub in collaboration with Martha Stewart, a lifestyle guru with names such a Subway leading the way, it wouldn’t be long before plant-based and vegan products have completely taken over.

Burger King launched its Soy-based Rebel Whooper early this January alongside the KFC Veggie Burger and Veggie Dipper was launched by McDonald’s with a Happy Meal. Another great vegan option that vegans in the UK can be excited for is the Love Burger from High Street.

The Pentagon Food Group is among the leading wholesale food distributors in the UK. Based in Stoke on Trent and at the forefront of the global vegan transition. Our company is inspired by the veganism movement and is intrigued by the vegan alternatives that are now available. We would like to provide our customers with a variety of options and cater to the growing vegan population in the UK.

We are constantly looking for ways to improve our products and services. Comment below to let us know which vegan products or vegan alternatives to products we should work on to honour the vegan values and lifestyle. 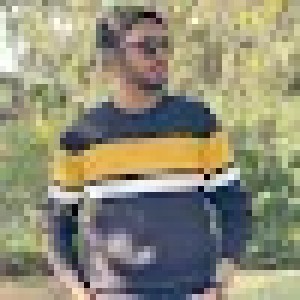 We are thrilled to announce that we have a brand-new product to add to our signature ready-to-eat frozen food range. Turgut Shawarma is an exciting

Complete guide to reopen your restaurant

On 23rd March 2020, the UK government announced restrictions on which venues and businesses were required to temporarily shut down in order to reduce the

A strong immune system helps you stay healthy. Your immune system consists of proteins, tissues, cells, and organs. Together, they carry out the bodily processes

We are thrilled to announce that we have a brand-new product to add to our signature ready-to-eat frozen food range. Turgut Shawarma is an exciting

Complete guide to reopen your restaurant

On 23rd March 2020, the UK government announced restrictions on which venues and businesses were required to temporarily shut down in order to reduce the

A strong immune system helps you stay healthy. Your immune system consists of proteins, tissues, cells, and organs. Together, they carry out the bodily processes

Do you trust expiration dates? 5 ways to tell if the food has gone bad

What happens when you take expiry dates a little too seriously or ignore them altogether? It is easy to let expiry dates on your food