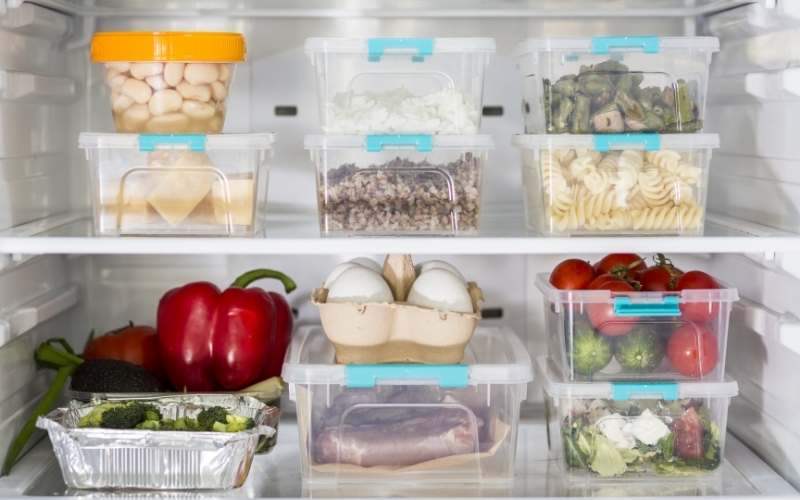 Frozen foods are becoming increasingly popular as they are convenient to preserve the nutritional value of food. Home-cooked meals are so much easier to prepare when you’ve got the ingredients for it readily available at home. There is much speculation as to whether freezing foods provides the nutritional value that combats fresh foods. Are the claims of nutritional value backed by science? Let’s find out.

Freezing foods is a great way to preserve them and keep them in good condition. It’s also easier to transport, store, and serve foods that have been frozen rather than fresh or thawed. But why freeze food? Because people realized that it was a much more efficient way to preserve perishable food on a long-term basis than refrigeration which requires massive amounts of energy.

There are numerous reasons behind freezing the foods.

How is Freezing Food Done?

Freezing food is done by placing it in a container, such as a freezer bag or container, and then placing it inside another container called an ice chest. The ice chest should be made of plastic or glass so that when it is frozen, the ice will not crack.

There are two methods for freezing food, quick freezing and slow freezing:

What are the Benefits of Freezing Food?

Here are the top 3 benefits of freezing food:

How are Frozen Foods Stored?

Frozen foods are stored at temperatures of -18°C to -20°C. The colder the temperature of a frozen food, the less likely it is to be damaged by freezing and thawing.

To keep foods frozen, you need a freezer that works at these low temperatures. A deep freeze works best, but not all freezers are designed to operate this cold. If yours isn’t rated for such low temperatures, you can also use an insulated blanket or bag to cover the contents of your freezer, which will help reduce heat loss and prevent ice crystals from forming on your food.

If you’re storing food in a regular freezer that doesn’t go as low as -18°C or below, you’ll need special containers or wrapping materials to keep items from getting freezer burn when they’re taken out for use again.

The best way to store frozen foods is in plastic bags, but you can also use freezer paper. Plastic bags are important because they allow air circulation and keep the food fresh for longer.

How Long Can Foods be Kept Frozen?

The general rule of thumb is that foods can be frozen for up to 12 months if they are frozen at 0°F (-18°C) or lower. If you’re not too concerned about your food’s quality, the shelf life on frozen foods is much greater than that.

The best way to judge how long a particular food will keep well in the freezer is by looking at its packaging. Most frozen foods have an expiration date printed on their labels, which tells you how long the food will keep at 0°F (-18°C).

If a package doesn’t have an expiration date, check out its manufacturer’s website or contact them directly. They’ll tell you how long the product should last before it loses quality and should be thrown out or used up first.

How Long Does it Take for Frozen Food to Thaw?

Frozen foods thaw at room temperature, which is about 68 degrees Fahrenheit. Once thawed, they can be refrozen if you want them to stay that way (for example, some soups cook better on the second day after being thawed).

What Effect does Freezing have on the Nutrient Content of Foods?

Freezing will not have an effect on the nutrition of food if it’s eaten within a few days of being frozen. When you freeze food, the water in it turns into ice crystals. Most of the water is lost when these crystals touch each other, which means that some of the original food remains after freezing.

Freezing food products is essentially a process of freezing the water content present in the food products. The water and chemical substances are present within rigid plant cells which makes up for 90 of the weight of the food products such as fruits and vegetables.

When the water content is frozen, the ice crystals result in the plant cells rupturing. The physical appearance of products that are consumed raw will be noticeably different. Tomatoes and celery will be much softer and thawed. The appearance of fruits will not be as thawed comparatively, and the impact of the fruit tissue will be less noticeable.

Cooking can often the cell walls as well which is why the physical changes caused by freezing are not that apparent in food products that will be cooked prior to consuming. Changes are barely noticeable in peas, corns and beans because they are high in starch.

How to Use Your Freezer Wisely

The freezer is the best place to store food for long periods of time. Food stays fresher in the freezer than on the counter or in your fridge. But it’s important to know a few simple rules about how to use your freezer so that you don’t waste money or food.

Here are some tips on how to use your freezer wisely:

The frozen food industry has been around for over 50 years, but it wasn’t until the 1980s that the industry really took off. In 1980, frozen food sales were only $1 billion, whereas they are now $50 billion annually. The growth of this industry can be attributed to a number of factors, including high-tech production facilities and better distribution systems.

The frozen food industry has grown significantly over the past few years and continues to grow at a rate that far outpaces any other country in the world. This growth can be attributed to several factors including:

The future of freezing technology is bright. The field of cryogenics continues to grow and evolve with new discoveries and technologies, but it is still in its infancy.

The first application for freezing technology was for the preservation of human tissues.  Doctors began freezing tissues immediately after collection so they could be used as medical treatments later on. The ability to freeze samples at very low temperatures soon led scientists to explore other applications for freezing technology. This discovery led scientists to use this method for long-term storage of biological samples such as DNA strands and proteins.

Freezing is the process of cooling something to a temperature below 0 degrees Celsius, or 32 degrees Fahrenheit. It is a common term that refers to the cooling of water or other liquids to form ice and snow.

Freezing food does not affect its nutritional value. In fact, freezing can actually preserve food for longer periods of time than other cooking methods and retain more of the original nutrients and flavors.

4.    How does freezing preserve food?

The freezing process preserves food by slowing down the growth of microorganisms. The freezing temperature causes ice crystals to form on the surface of food, which acts as a protective barrier against microbial growth.

Freezing does not affect the activity of enzymes since they are proteins and not fats or oils. They can withstand temperatures up to -10°C without being denatured by this process.

Freezing is a very useful process. It helps to preserve food, so that it can last longer, and be consumed later. The use of freezing as a preservation technique dates back thousands of years, with the first known evidence of it being practiced through the discovery of frozen mummies in the Andes mountains. The method has improved over time, and now we have a range of better equipment and methods for the process.